15 Shocking Photos Of Syria Before & After War

Syria is rich in culture and is home to many antique mosques, old cities, and other relics from its ancient history.  But the war in Syria has taken a heavy toll on its people.  Hundreds of thousands have been killed and millions more have been left as desperate refugees. Humanity has lost priceless archaeological treasures and all six World Heritage Sites have been damaged or destroyed during the conflict.  Take a look at these heartbreaking photos of Syria’s cities and landmarks before the war and compare to what they look like now.

The bustling market area was once alive with people, but it was gutted in violent clashes between the rebels and military forces in 2012. 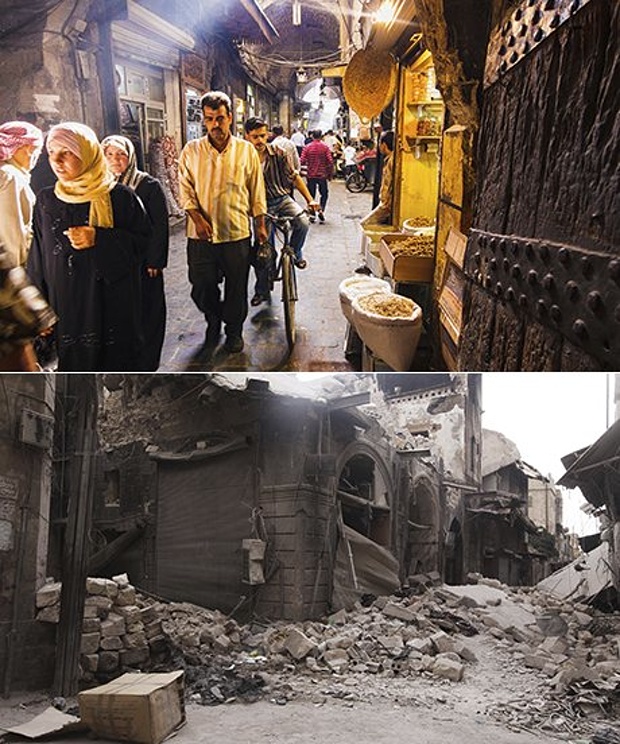